We finally got enough snow in St. Louis for Charlotte to comfortably bury her feet in powder and taste a snowball.

This evening, Kelly and I took her up to the roof for a private excursion, and fortunately found the snow unspoiled by footprints. After a small stumble into a drift built up near the doorway, she shuffled around a bit (walking is still fairly new) before stopping in the light to watch the snowfall. And she knew we needed illumination for decent pictures.

I don’t think she’s ready for sledding on Art Hill yet… maybe next year. Or sooner if we get more snow and baby ski bibs go on sale.

Did I mention she walks now? How crazy is that?

While Missouri (not to be pronounced “Missourah”. ever.) has long been an indicator for how the election would end, I’m thankful the electoral votes don’t depend on it for this election.

Now, I’m not a fan of the dominant two-party system, but I can’t help but feel a significant amount of the bottom 36,000 votes are short-sighted.

Pre-rally estimates originally suggested 50,000 people might show to see Obama under the St. Louis Arch. After observing the turnout, the Police Department placed the number at 100,000. 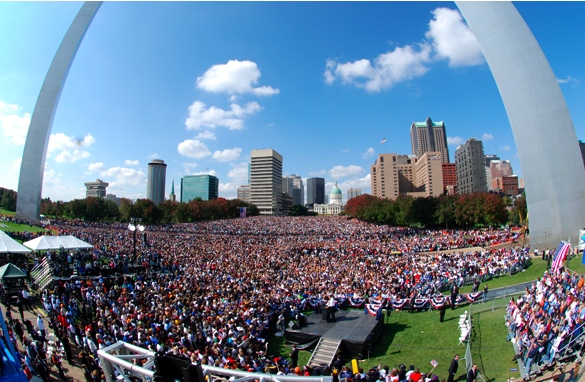 St. Louis is experiencing some amazing fall weather, yet I’ve failed to get off my ass and ride the dust-collecting bike. 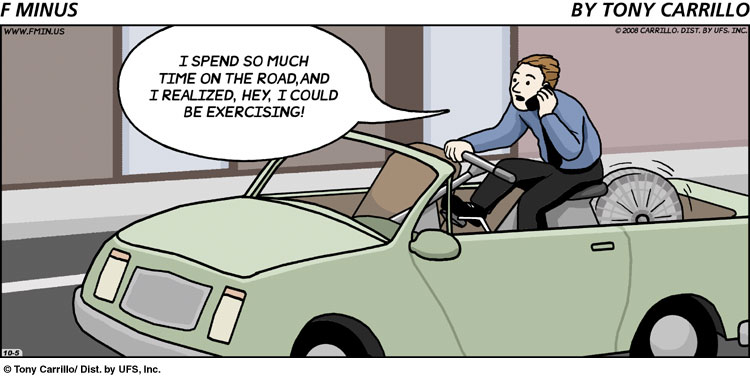 At least I get to walk to and from the office. Hopefully the weather holds out for some recreation soon. 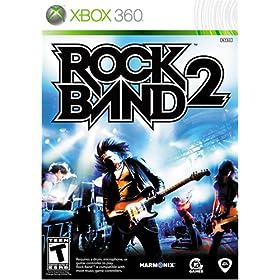 Because I’m addicted to rhythm video games, I pre-ordered Rock Band 2 which showed up this afternoon for Kelly and I to spend the evening rocking plastic replicas of instruments. Kelly plays bass or sings, I’m on guitar (or drums during the day).

Don’t expect it to show on the leaderboards anytime soon, but we’re having a good time with the new collection of songs from this, the exported tracks from the previous version, and the downloaded songs we continue to revisit.

The only reason I’m not playing right now? Kelly’s dressing another new character.

I make no claims regarding use, but searches for – are totally destroying the ;. 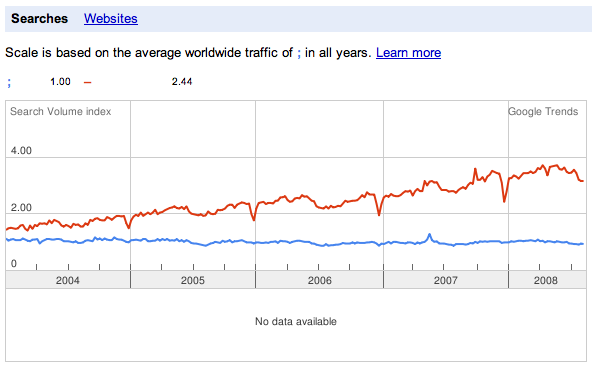 Also, what’s up with the en dash dip at the end of each year?

The plan is to show up at an Apple store in the morning to see what obstacles exist to Internet In My Pants. I was unable to rationalize the iPhone’s first release since I knew the 3G was on the horizon, and frankly I’m impressed I waited this long. I believe the ability to annoy Kelly (and anyone in earshot) with “if I had an iPhone…” every time an unanswered question or bit of trivia came up was partly responsible. Resisting giving AT&T money also helped.

But I can wait no longer to consolidate many devices into one. Turns out, the laptop doesn’t quite fit in my pocket, and fails at simple phone calls. My old Motorola (already once replaced) continues to fall apart, while T-Mobile has recently been delivering SMS messages between 1-12 hours late – they’re just asking me to jump ship. My iPod… I may have lost it again. Or Kelly’s hiding it.

I’ve already downloaded a few apps for it, including NetNewsWire, Twitterrific, Yelp, Exposure, and Remote, even though I’ve resisted consuming too much time with pre-acquisition activity.

I expect I’ll still be countering random unanswered questions with “if I had an iPhone,” but now will get to produce one with mock surprise and amuse myself. Also, it’s shiny.

I’ve probably just jinxed my ability to find one.

UPDATED: 19:20
Well, if you followed along with Twitter or caught us on IM, you already know we brought home iPhones today.

I expected a smaller line and a faster queue when we showed up at 8:30 AM, but the Apple and AT&T activation processes were either slow or not responding altogether, resulting in a longer morning than planned. Charlotte was incredibly well behaved despite missing her naps, but there was plenty to distract, and as she was entertaining, we played a good deal to pass the time.

Around 1:30 PM we made it into the Apple store, and knowing exactly what we wanted, the transaction was quick and painless. Even the transfer of our two lines from T-Mobile was a non-issue, which I didn’t expect. They did offer to take the last activation step (the source of so many delays) if we wanted to try, but shared we could also do it from home as well if we wanted to escape. And so they could sell more to the drooling masses, I’m sure, though everyone in line wasn’t leaving until they had their hands on an iPhone.

Including waiting for the AT&T account transactions, I think we spent less than 20 minutes in the store after about a 5 hour wait.

After running some other errands, we came home to plug in the iPhones for activation, and they woke up nearly immediately. I think we avoided many of the direct account frustrations while in line, though it certainly still consumed most of our day.

If we did not have plans for vacation in a few short days, we would’ve just done this later without lines or logistical problems, but we wanted to have mobile internets (which ones? all of them!) while we were gone, and knowing something would go wrong meant we wanted at least a day of padding to reconcile any issues.

So! Now we have these phones. I’m sorry, iPhones. I’ll spare you the gushing over new toys, but they were totally worth the wait.

I wasn’t prepared for this year to speed by so quickly, and I failed to plan coherent thoughts to share just now, but found myself staring at an embarrassingly old last post. Let’s play catch up!

Family:
I have not broken our beautiful baby, Charlotte, though she keeps us busy and provides me plenty of opportunity.
Work:
I accepted a promotion to VP of Tech (2.0) as our previous leader relocated west.
Cycling:
Uhh… see above.
This site:
Pondering its fate, struggling with its lack of focus.

… seriously, what am I doing still awake?

Ryan Stephenson can be found at ryanstephenson.com.